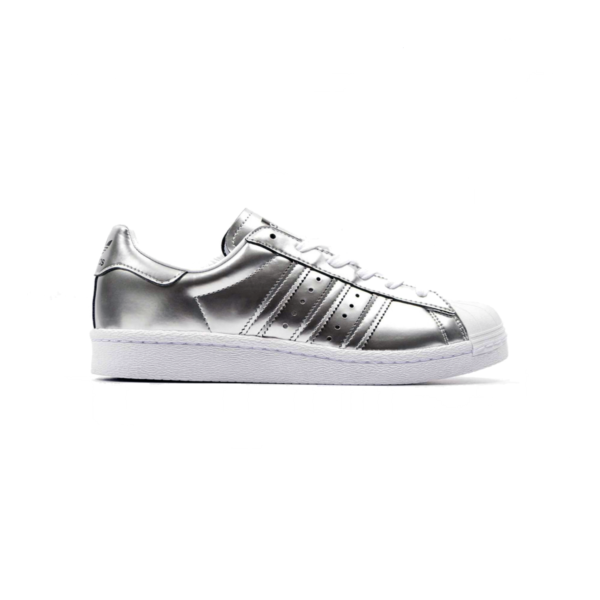 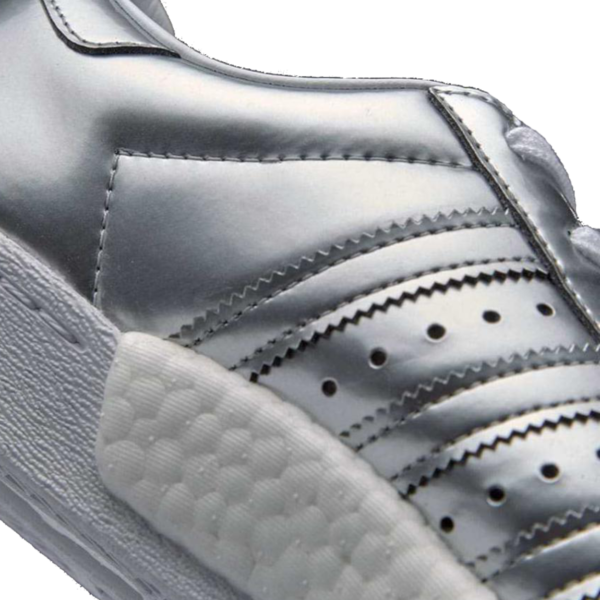 Superstar Boost.The adidas superstar with a shiny metallic-look upper.The adidas superstar debuted in 1970 as the first all-leather basketball shoe. In the 80s, conquered the hip-hop Pantheon with ”MY ADIDAS”song. A legend was born. In this modern version, the adidas Superstar comes with the energy-returning boost ™ midsole. A shiny metallic-look upper gives the women’s sneaker a premium update. The legendary Shell Toe and the outsole with herringbone pattern should not be missing either.

boost ™ is the most responsive cushioning we’ve ever had: the more you give, the more energy you get back.

Toe cap made of rubber.